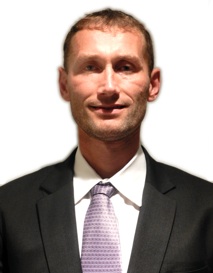 Samuel Israel Gorodistian has provided private security in the private and government sectors for over 15 years.

Prior to joining the Special Agent Group, Mr. Gorodistian was the founder and president of A Team Protection Group, Inc. (ATPG), a private security firm whose methods were based on the Israeli Secret Service and the United States Secret Service.

Mr. Gorodistian was a special agent in the Israeli Secret Service assigned to the Consulate General of Israel in New York. His assignments included managing a team of 10 agents to provide daily security details for the consulate facility, its employees, the Israeli General Consul and the Israeli UN Ambassador. In addition, he was responsible for data security, screening visitors and guests, and background checks for new employees. He wrote security and emergency plans for the consulate and the homes of the ambassador and General Consul, briefed diplomats on security measures, and conducted emergency drills to prepare for emergency situations.

At the Consulate, Mr. Gorodistian also worked closely with United States government officials to improve security for the consulate and coordinate visits of government officials and delegations from Israel. He successfully coordinated and executed the “Day of Independence” event with a guest list of more than 1500.

Mr. Gorodistian began his Israeli Secret Service career at the Israeli Embassy in Moscow, Russia as Deputy Director of Security. Mr. Gorodistian is a graduate of the Israel Security Agency and was a Group Commander in the Israel Defense Force.  He is fluent in English, Hebrew, and Russian.Mr. Gorodistian holds a BA in Finance and Investment from Baruch Business School in New York and is a licensed Proprietary Private Security Officer.