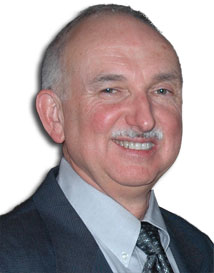 Richard Malone is a CPA and a former Supervisory Special Agent, Criminal Investigation IRS, he brings over 25 years of experience in conducting major fraud, money laundering, embezzlement, and forensic accounting investigations.  He is an experienced investigator who follows the money, assists counsel in litigation, hidden asset tracking, witness interviews and trial preparation. He has helped secure over $100 million in forfeitures.

Mr. Malone was previously a consultant for the Drug Enforcement Administration. His expertise was the money laundering aspects of narcotics investigations.  He worked with the U.S. Attorney’s Office to secure a $47.4 million recovery from one of the largest casino operators in Las Vegas. The casino also agreed to major enhancements to its AML operations which have become the new standards for the gaming industry.

Mr. Malone was a Supervisory Special Agent with the Criminal Investigation Division of the IRS. He conducted complex financial investigations and interviewed thousands of individuals, including corporate leaders, politicians, gang members, and members of Organized Crime.  His areas of responsibility included the Savings & Loan Industry, Health Care Fraud, Political Corruption, Tax and White Collar Crime. He oversaw investigations that resulted in the convictions of a U.S. Congressman, three City Councilmen, and partnered with the FBI in a major health care undercover operation known as “Durascam”.

Mr. Malone has also previously assisted the Los Angeles City Controller in establishing its Fraud Waste and Abuse Unit.  He was hired by Union Bank to be part of the reorganization of its Financial Investigative Unit.

Mr. Malone has testified in US District Court, Superior Court and the Federal Grand Jury. He was an instructor at the Federal Law Enforcement Training Center, and was an adjunct instructor of accounting at Mt San Antonio College.  He has made presentations at many professional organizations including the National Health Care Anti-Fraud Association, Association of Certified Fraud Specialists of which he is a member, and the Association of Former Special Agents of the IRS where he serves as a Director. He is a member of the Federal Law Enforcement Officers Association.

Mr. Malone is a graduate of the California State University, Fullerton where he received a Bachelor of Arts in Business with an emphasis in Accounting.    He has also received training at the Federal Law Enforcement Center in Brunswick, GA